Pubg an online first person shooter game is still counted as one of  best games created ever. Also Pubg has a very unique concept of winning which made this game more popular. But why did WHO named Pubg as Pubg gaming disorder.

According to reports, India still holds a record for highest number or users playing Pubg mobile everyday. But is this leading to Pubg gaming disorder. World health organization said that playing games for more hours and paying more attention to video games rather than daily activities continuously will lead to mental health problems.

The unique concept of winning, where you land through a parachute try to survive for a whole round through killing opponents with weapons, driving car to reach specific areas, A Drop which gives rare guns and accessories to increase your winning chance, You can do all the things here what a commando does to survive.  Afterwards when all these things are done you successfully manage to win the round. This is why pubg is the best game. + it is free to play for everyone.

Yes, Pubg has 4 maps, erangel, Miramar, sanhok and vikendi. Also Pubg has 2 modes Classic and Arcade with types solo (single player) duo (a team of 2 players ) and squad (a team of 4 players). Now if you play an arcade mode of 8 minutes it almost takes 10 to 12 mins for a whole round to complete.

Now for example even if you win 2 games in classic and 1 game in arcade your  total time consumed will be around 12+ 25+30 = 67 mins. This is just an example it can also take more time if more players are alive.

So only playing 3 games can take 1 hour. If a person is free he may definitely play 4 games which will take 2 hours.

Yes, The maps, weapons, weapons skins , sound of weapon, game play, audio chat, animation, graphics, Character outfit winning rewards, winning animations and royal pass (gives rare skins and outfit) are some of the things which makes Pubg really attractive. In short i would say when you win a match after killing your opponents and surviving from all the difficult situations in the end you feel like a hero. 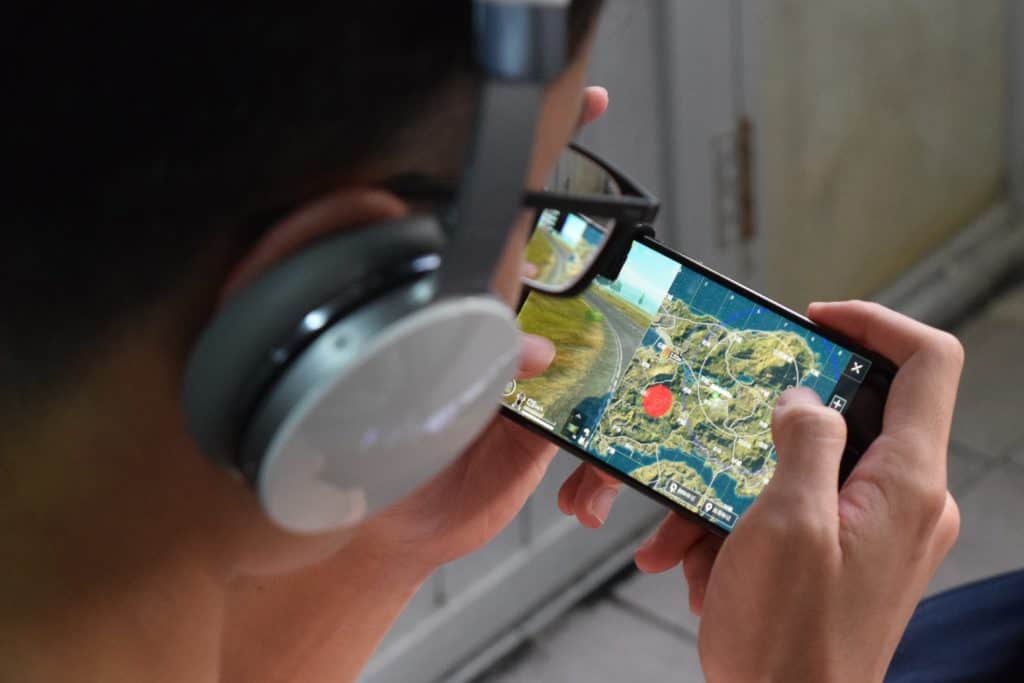 Yes from a perspective it is addictive due a sequence of task provided to do things to earn some rp points,

( What are rp points– RP points are used to collect some free outfits provided by Pubg. We can also call this as a skin which have been modified by only it’s look, working remains the same. )

So many players ( including me) try  harder for completing all the missions which will lead us to get a rare skin. And when we often fail to get such things, Curiosity to play it more, desire to get skins causes addiction, anxiety and anger.

Assume you have a mission of getting 3 continuous chicken dinner in which will give you a rare AWM skin, also this mission is available only for 3 days and then it will expire.

So in this case you’ve completed 2 continuous dinner and 3rd one is yet to come. Assume last you’re only on surviving with the best weapon, armor and enough supplies which are easy to kill your opponent and will get your 3rd chicken dinner.

But in the same case you die by a grenade, due to this again you’ve to win continuous dinner and try for 3rd time. Now this moment will create definitely create anxiety, anger for a moment. Also it will encourage you to play again to get the skins or rewards.

If we believe that this player is still playing 3 more times to complete this mission Addiction takes place here.

Yes Playing pubg or any other game for more than a hour that too daily really affects our mental health, As you start playing it day by day it becomes a routine, which you need to do everyday, I’ve read lot’s of cases were pubg players skip their nap and start playing for long hours.

Excessive playing can cause to mental health.

Pubg Gaming disorder or gaming disorder in any game is defined in the 11th Revision of the International Classification of Diseases (ICD-11) as a pattern of gaming behaviour (“digital-gaming” or “video-gaming”) characterised by impaired control over gaming, increasing priority given to gaming over other activities to the extent that gaming takes precedence over other interests and daily activities, and continuation or escalation of gaming despite the occurrence of negative consequences.

For gaming disorder to be diagnosed, the behaviour pattern must be of sufficient severity to result in significant impairment in personal, family, social, educational, occupational or other important areas of functioning and would normally have been evident for at least 12 months.

In India there are lots of cases registered of mental illness for playing pubg continuously.

Video only for reference

What is the Real reason, players play Pubg more often :

We cannot blame only  the game or rewards, skins, or getting chicken dinner for being an addict. There are also more of reasons for it, loneliness, no activities to do in life etc.

These things also encourages players to play Pubg or any game which is time consuming and helps them to stay busy.

Do we need to ban Pubg?

No, Pubg is the best game I’ve ever played and according to me you have a choice either to play this game or to stay away from it. No one is ever forcing you to play.

I can say that completing missions and getting rewards may some time make you a bit curious, but in the end it’s just a game and not a real thing.

You must consider this thing while playing any game that the rewards we get are just an imaginary things and not real.

One more thing playing for 6 hour won’t make you any difference in your life, won’t make you money or you won’t achieve anything in real life. So stop investing your precious time and do something that matters for you and your family to in the first place.

My Conclusion on PUBG Gaming disorder for Pubg:

According to me before playing any game you must remember one thing that it’s just a game and you won’t get anything from it. you should play games for some time to refresh your mood. and in a limit. And  there are many alternative solutions rather than playing excess Pubg. Watch some good movies or channels like discovery, animal planet on your TV. Read some books through which you can learn something. Do things that you’re passionate about. (Music, cooking, programming etc.)

How to remove Pubg addiction?

Have a daily talk with your friends, family or any one you’re close with.

Set a every day goal

That’s it the more activities you do, less time you’ll have to play Pubg.

I too play Pubg also I’ve even bought royal pass that too for free but i don’t play more than a limit. Pubg is the best game, play for fun but in a limit.

Restricting phone access, internet shutdown won’t help. He would become more curious to play whenever it’s available. It’s better to talk to him, spend time with him. Show him/her the difference between the true world and artificial world. Then slowly restrict time spending on mobile and convince him to do other work such as playing, solving something etc. This way he would learn many thing and will keep his habit in control. Remember addiction takes time, Same way removing addiction also.

Above article on pubg gaming disorder was based on my experience on what i think about Pubg, and my intentions weren’t to support or oppose any game.

If you found someone who is an addict and needs care, talk to his parents or anyone he is close with. Or if he needs more help you can reach out here.

If you really found this post helpful do share it and allow notifications for more informative blogs.

Found something wrong or missing, let me know in comment section below.

BlogsBarrel doesn’t claim any rights to the uploaded images and videos.