A pen is a writing instrument used to apply ink on a surface, It is used for drawing and writing on a paper. In the Historic period, many types of pens were used by people. Some of them were reed pens, quill pens, and dip pens, etc.

M. Klein and Henry W. Wynne received the US patent #68445 in 1867 for an ink chamber and delivery system in the handle of the fountain pen. Check all the types of pens with history and its details below.

Types of pen and its history 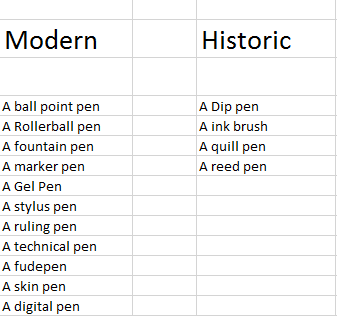 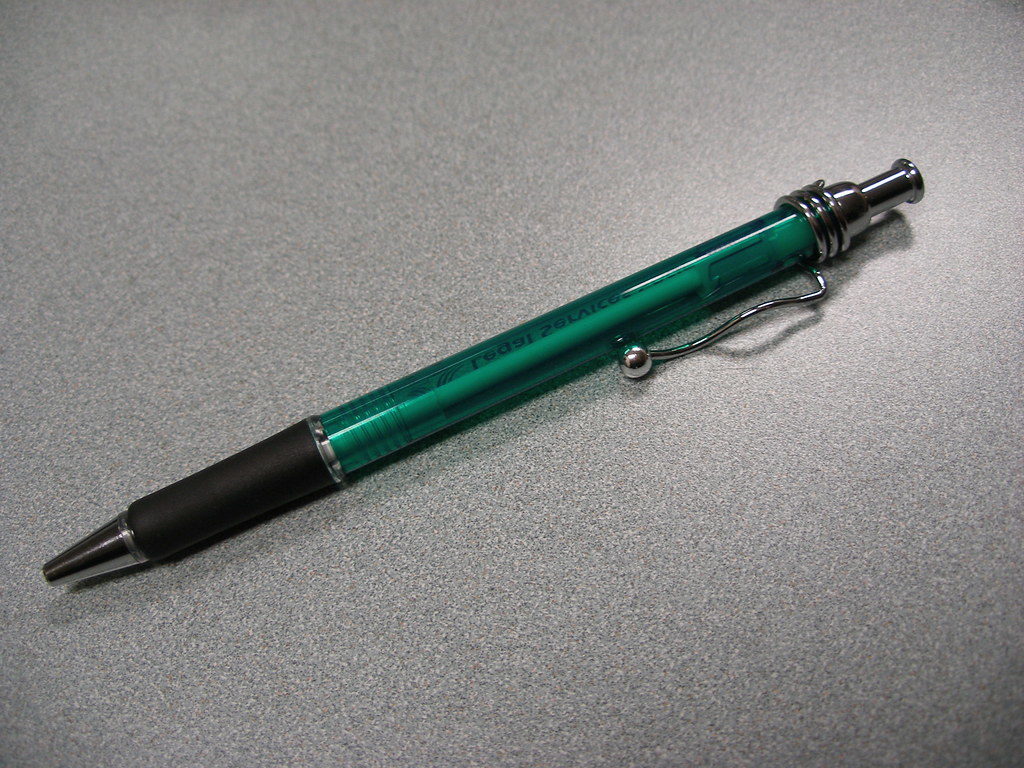 A Ball-Point Pen releases an oil-based ink by rolling a small hard-sphere. It is generally made up of 0.5-1.2 mm and made of brass and steel. The ink immediately dries while writing on a paper. Ball Point Pen is available in both category low cost and expensive.

A video for better understanding

A Roller Ballpen is an upgraded version of a Ball Point Pen it uses water-based liquid or a gel in its ink. The concept of releasing ink is the same as Ball Point Pen. The liquid ink gets easily absorbed in the paper. Also, a Roller Ball pen moves more easily on paper compared to a ballpoint pen. 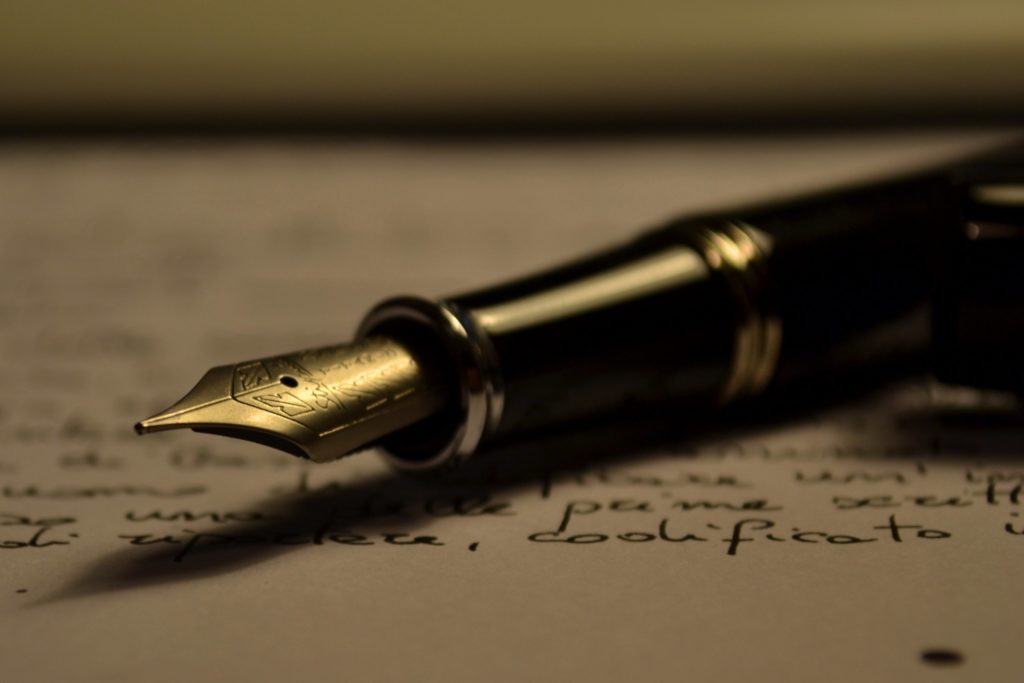 The fountain ball pens use the same liquid-based water-ink, here it delivers ink through a nib. The ink flows from its storage to the feed and then flows directly to the nib. In a fountain pen, there is no sphere that revolves, rather than it has a slit which helps to write. Here the flowing of ink works on gravity.

Fountain pens can also be refilled through an eyedropper. 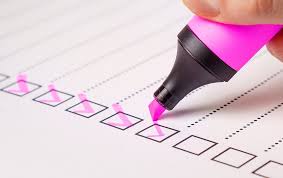 These pens are made up of large tips, Mostly they are used to write on whiteboards and cardboard boxes.

The ink used here is very advance and is good for long-lasting, also these markers are called a permanent marker. The size of the tip is 50 mm. 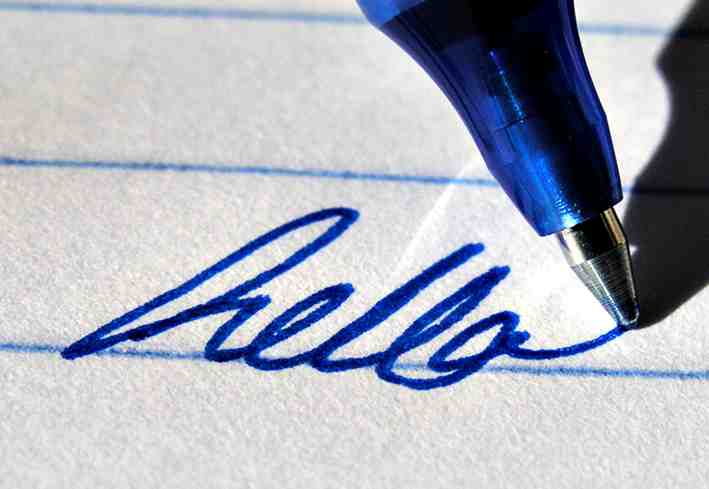 The ink of a gel uses a pigment which is mixed in a water-based gel, the ink used in the gel pen is thick due to which it looks more bright while writing on a paper. A gel pen can be used for many types of writing and illustrations. 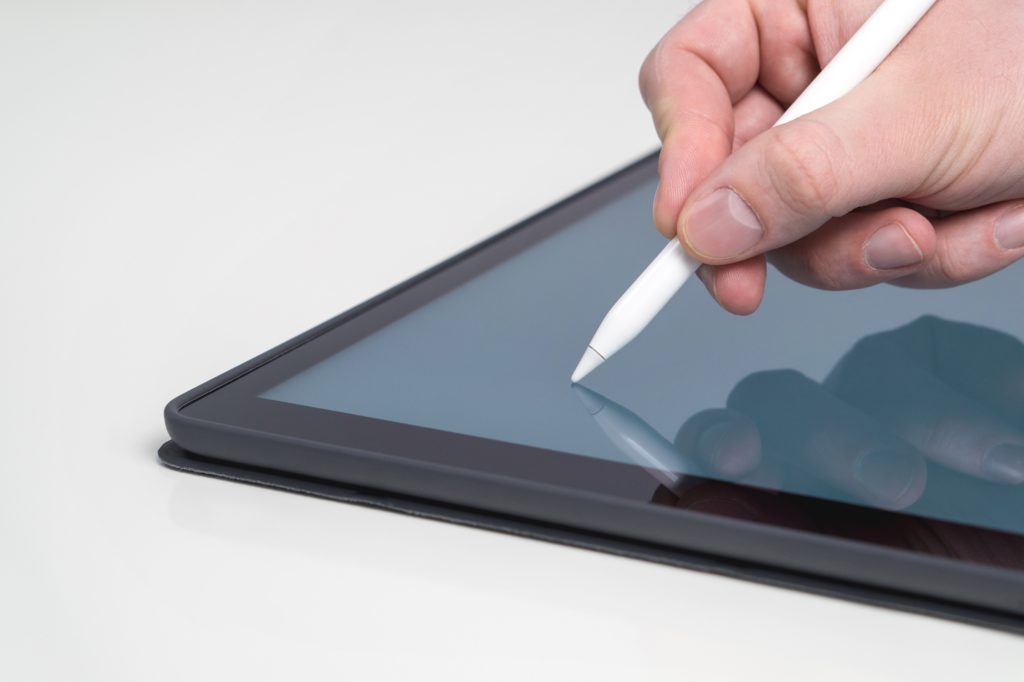 These types of pens are mostly used in smartphones if we remember the Samsung note series provided this pen. Which was very comfortable to draw something or to type a text message. The design is the same as all the above of the pens, just the bottom tip of the pen is made up of a fiber or a hard plastic which applies a little pressure on the screen and allows to operate the phone.

It is used for drawing purposes, like diagrams or a design. Through this pen, we can adjust the thickness. 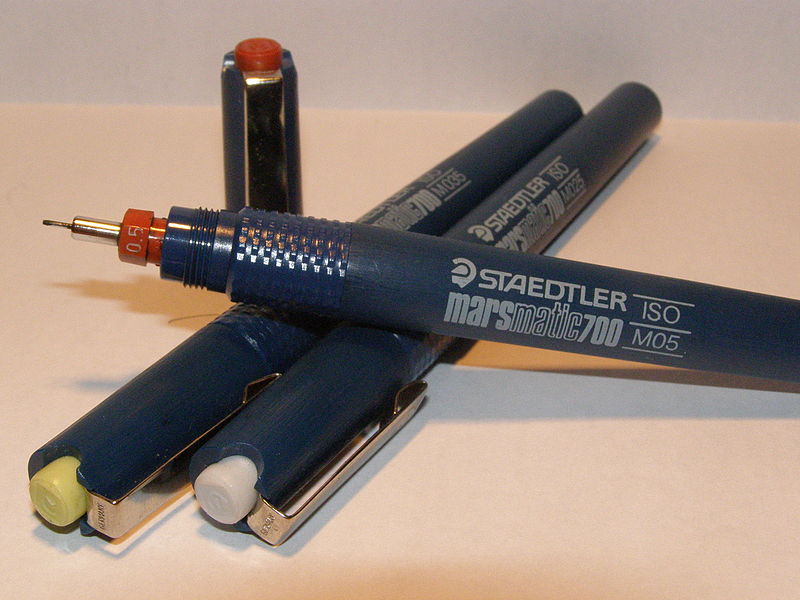 A technical pen is used by architecture or engineers for technical drawings. A radiograph is a trademark name for a Technical pen. It can use an ink reservoir or a cartridge to refill or to replace ink. 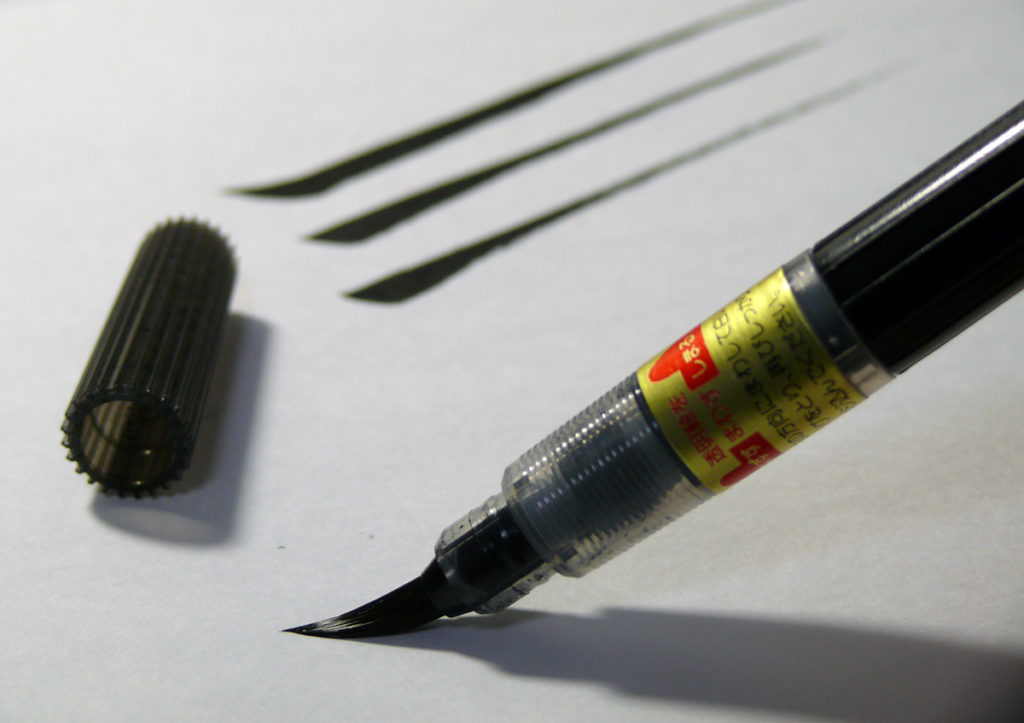 A fude pen is an Upgraded version of a fountain pen, but it uses a brush rather than a nib. 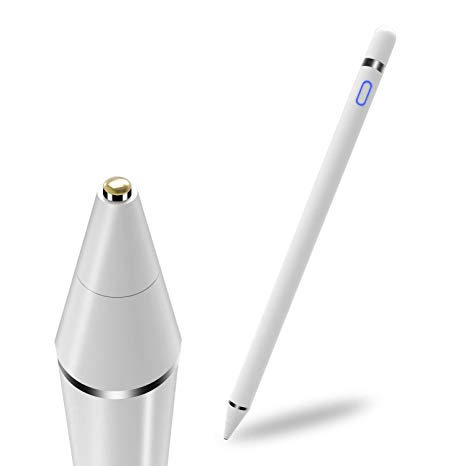 This pen can also be called a smart pen that is made or used by some of the sensors. Here is a proper video of how this pen works

All of the above are  modern types of pens

Nowadays these pens are not used by everyone but still, some calligraphy artists use these pens.

A dip pen has the same design as a normal fountain pen but it doesn’t have a cartridge or a reservoir to store ink, To use this every time we must dip it in the ink bottle. 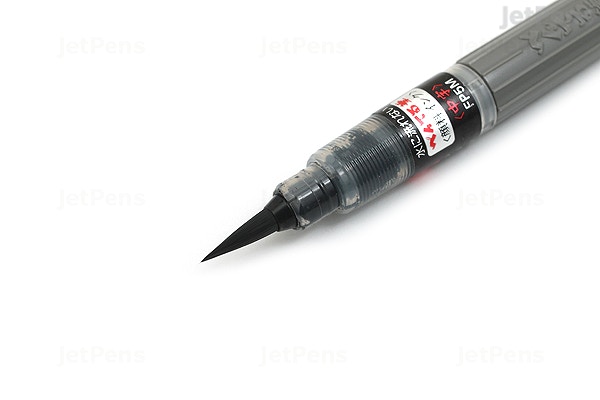 It is a traditional type of writing which was invented by eastern Asian Calligraphy. The design of this pen can be made by bamboo, silver or gold. 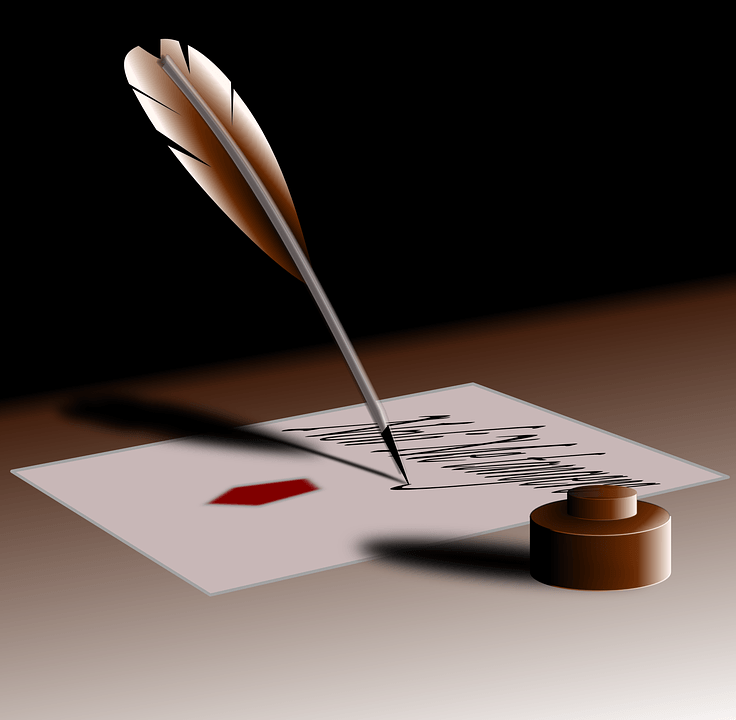 This pen is made up of a feather and uses the same concept as a dip pen. Mostly feathers of goose birds were used. These pens were used in medieval times. 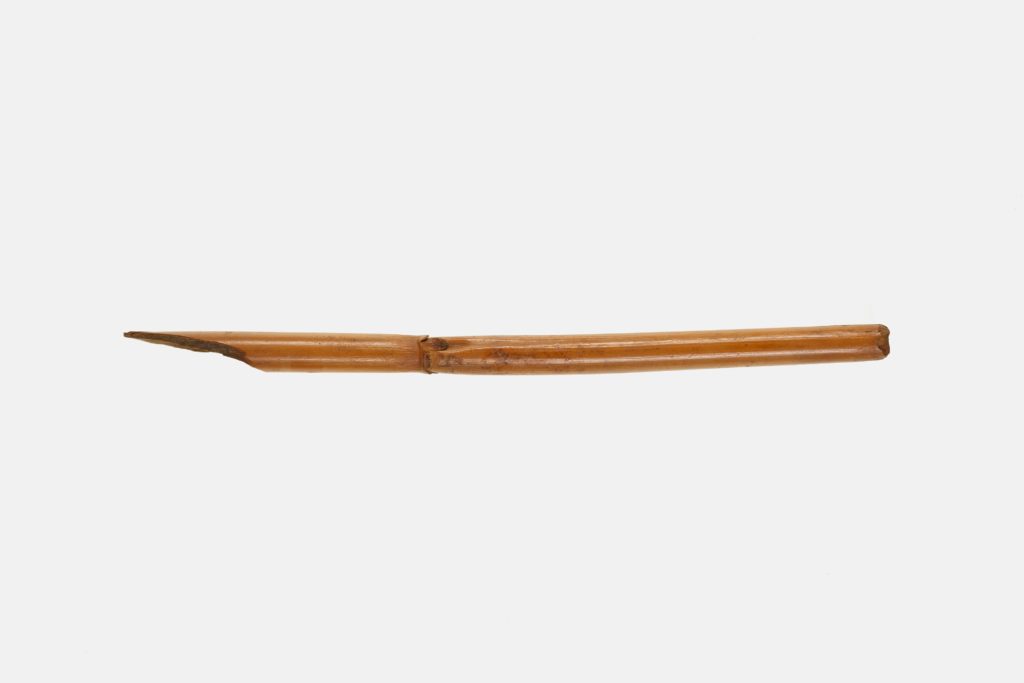 Reed pen is made of a reed/bamboo, with a slit cut in a narrow way. It works the same as a quill pen. This pen is used in India and Pakistan in some schools.

So That’s it, now we know how a pen was invented, what are types of pen and what ink does it use. As in the world, there are pens, which costs a million dollars too.

The invention of pens was a wonderful gift from the previous generation, from a pen made by wood to a smart pen made from a machine, Surely technology has evolved.

If you found any information wrong you can let me know in the comments, I’ll update it asap.

Credits for images goes to the official owner, BlogsBarrel doesn’t claim any rights for uploaded images.

The source of information is from —–