Xiaomi or we may say Mi a company which has a buzz of selling powerful smartphones in a cheap price. But is this a reality of a Xiaomi phone ? Xiaomi phones are always in a controversy of sending private data to their desired servers without owner’s permission. Let’s check more details on a recent case for Data breach on Xiaomi phones.

Before Writing this article I would like you to share the scenario of the data breach and then would add few things which i don’t like about Xiaomi phones.

And in the end I would add a major point why this scenario is needed to be worried.

Currently I read an article on Moneycontrol.com about Xiaomi phones sending data to millions of users in Russia and Singapore, Although this is not the first time that Xiaomi is been accused for this kind of illegal activities.

Cybersecurity researcher “Gabi Cirlig”  discovered that his phone is recording much data as of now. He also stated that his data was sent to remote servers hosted by another Chinese firm named Alibaba says Forbes.

Researching more on this topic Gabi Cirlig found that a system app named Xiaomi browser also called as Mi browser was truly responsible for this mobile data hack. The websites that were visited on the victim’s Xiaomi phones were recorded  through Mi Browser and sent to the servers.

Although the data of Giant Search Engines such as Google and Most Secured Search Engine Duck Duck Go were recorded too. Gabi Cirlig also said he browsed some stuff through Incognito mode , Then too the data was been sent continuously.

Those who don’t know what Incognito mode is ?

When Forbes accused an allegation for the above scenario, The spokesperson of the Xiaomi denied all the allegations and said Security is our top Concern. Meanwhile Forbes sent a video evidence on how the data was recorded and sent to the servers to Xiaomi’s Spokesperson. The video was recorded by a Cyber Security “Gabi Cirlig”.

However Xiaomi denied all the allegations and then agreed to a point that Xiaomi phones do collect data for improving user experience and not for illegal activities.

Check the video for the above written lines:

My personal Review on Xiaomi Phones or any Xiaomi products.

Xiaomi’s best phone Redmi note 3 was introduced in the year 2015, Millions of users were crazy about this Xiaomi phones, Probably people used to wait for flash sales up to 4 weeks to get this device, It’s but obvious when you get gold in cents You’ll be crazy, Same it was for me.

In 2016, I bought a Redmi note 3 co’z of it’s specs, Camera, Processor and was highly affordable. Later than when i realised that the updates i was getting were not proper Some features like UI and Smoothness were added on a stable update. But that’s not the whole Scenario, The way Xiaomi plays with us is While providing a update they won’t tell you the things that they’ve removed. They’ll just use a word System Improvements.

# I’m going to recall many Scenarios why xiaomi phones are bad and one should never buy them again.

Probably on Sept 2016, I received and update from Mi team claiming to update from MIUI 7 to MIUI 8. As written above the Interface was same, But previously Xiaomi phones could shoot 4K video with 30 fps using Google Camera, After MIUI 8 the Google Camera APK was not compatible — Reason ? Xiaomi blocked the request of Camera2 API which is need to install Google Camera APK.

So they disabled this without any written notice.

Am not 100 % sure about this thing but I’ve heard that any devices having Snapdragon above 600 is capable of having a quick charge facility. But Xiaomi never provided this update. As Qualcomm Quick charge can be activated by admin of Qualcomm if Xiaomi allows it. 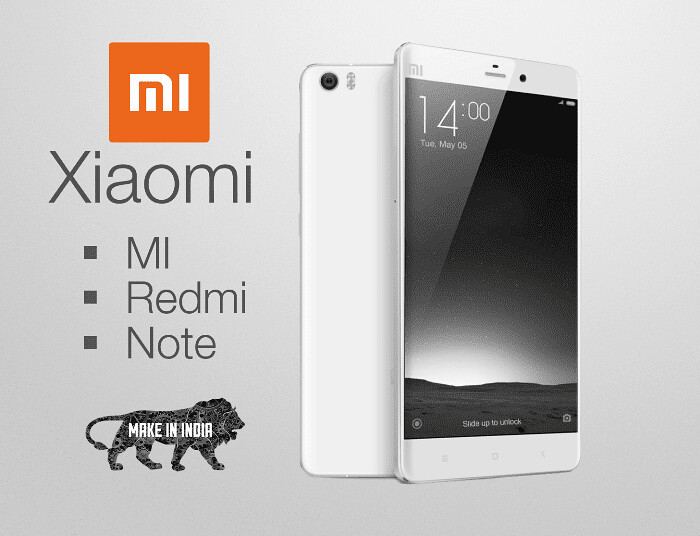 Whenever a user purchase a mobile phone, He at least expects to get as much as new Android OS updates, But that’s not the Scenario with Xiaomi phones, They’ll launch a phone and probably in 6 month’s you’ll get an major update — Mine was from Marsh mellow to Lollipop that’s it. Afterwards nothing, They’ll send you their UI updates in which some lag or heating issues will be fixed and nothing more. I remember the phone was launched on 2015 end and on 2016 June or maybe OCT I got an update that’s it.

Now here’s a thing, after the MIUI 8-9 updates their were lot’s of bugs which were solved after a year approximately. And then they provided MIUI 10, which was just a new look with some tweaks and no multitasking available.

# Same MIUI 10 supported Multi-tasking on Redmi note 4, But let me tell you as of now Redmi note 3 can easily handle Android 8, but the company won’t provide it.

# And as fans demanded multitasking support everywhere on Mi community, Which was the last update they forcefully had to give.  The last update provided on 2019 Jan had a security update of july 2018.

The main motive of this is – a user should buy a phone, use it for two years and then purchase a new one.

To be honest, MIUI is the best UI I’ve ever used it’s way to simple and user friendly. But the system apps that spoils everything on a Xiaomi phone.  Till 2017 everything was good, But as i said that Xiaomi never say’s about the things that he adds without owners permission into his mobile. Yes you heard it right,

I’ve habit of checking what are the background activities running in my phone, and when i tried to sort it with system apps, a app named MSA — no icon, no information nothing. Just installed without my permission.

Then i realised that apps that were getting ads on my phone was being controlled by MSA app, MSA stands for MIUI System ADS. The main problem off this app was it will always run in your background and you need to every time force close it.

There were also certain apps some names i don’t remember but were same as MSA, no description no icon nothing.

But, The major changes I saw in late 2017 when MI started downloading  systems apps automatically on my phone, I would name some of them, MI store, Mi Browser, Mi play (used for playing videos on your device — Horrible app that always contains ads), MI credit.

The problem lies here is that they don’t even bother that do you wanna use this application or not, they’ll simply provide you apps that will consume your memory, ram and battery without your concern

Gabi Cirlig said that, Mi browser recorded the data and sent it to the servers, Now think carefully sending data and receiving data would need some source which is Internet, Basically any mobile phone supports two types of network services, Either Wifi or Mobile data.  You may agree to a fact that there are less mobile users and more wifi users. I’m not considering villages but pointing out major cities.

Suppose you’re one of heavy users like me who wished to use wifi rather than a 4G service, don’t you think that system apps that are continuously running on background should be denied to access WIFI connection ?

If you agree with me still you can’t do anything, I’ve noticed this change after MIUI 8 update, Previously We could also restrict data as well as Wifi connectivity to system apps. But Xiaomi’s has also removed this option. It’s like I’ve purchased the phone by paying a certain amount and even I can’t control the permissions  to whom should i allow network connectivity and  what are the apps should I allow to start in background and what not.

You can only control apps that are not systems such as What’s app, Instagram, PUBG which you can control.

SO it’s like you don’t even know what’s going on because WIFI connectivity is almost unlimited, No matter if you’re sleeping, running, if your device is connected to wifi I’m sure even you can’t stop the process of data send and receive.

This thing is majorly used in the above Scenario.

Check the images of Browser app —  No option to uninstall – Disable wifi nothing. 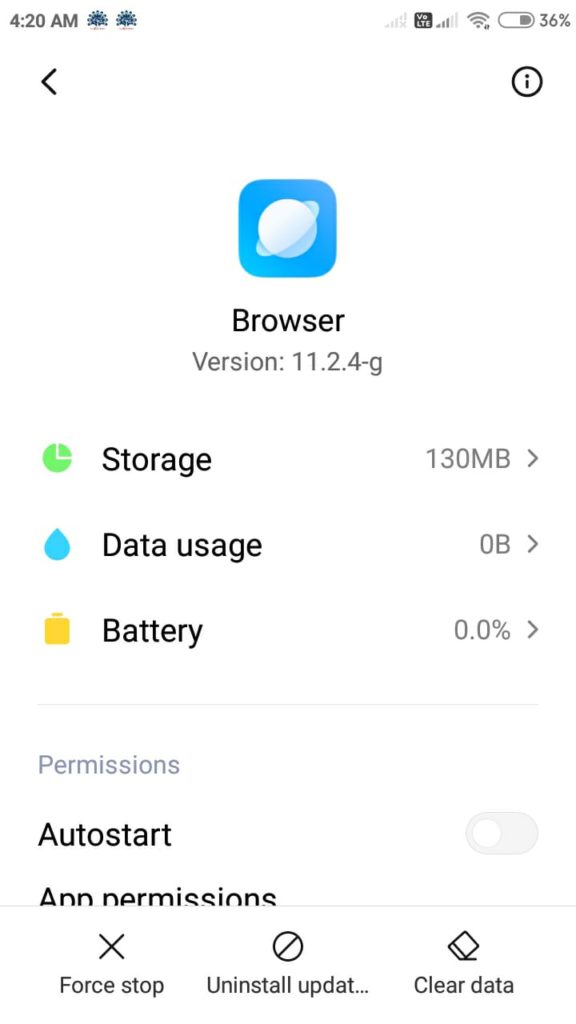 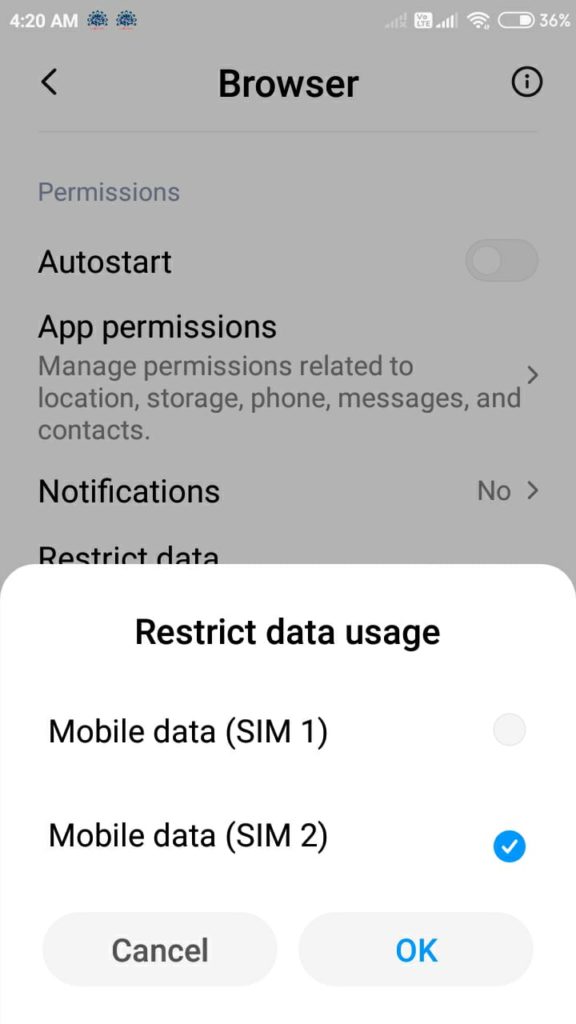 Else for normal apps — 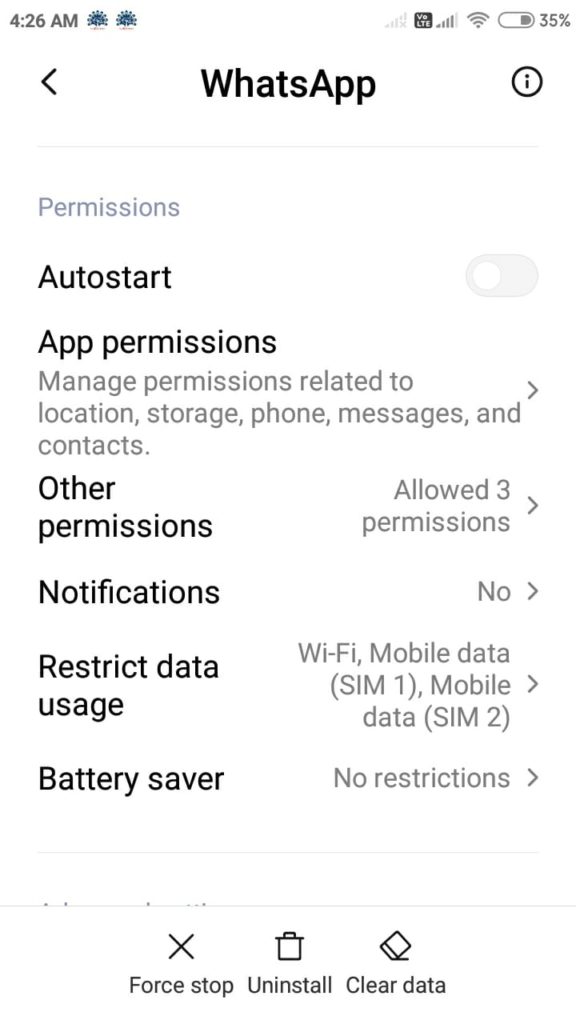 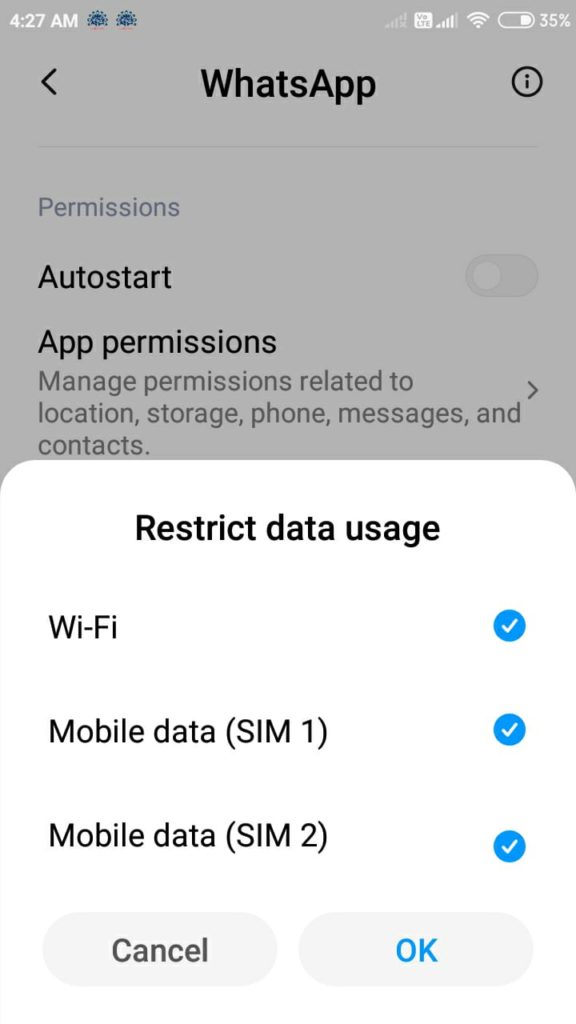 By Completing this article on Xiaomi phone, I would really say, I was a fan of MI product, But when I came to know about all these things I started hating MI and probably would never suggest anyone to purchase any product from MI.

I had A Samsung Galaxy pop + paid 10K in 2012. Though there were not many features But one thing is sure Samsung never Compromised quality. This is not a comparison or promotion

Although The above review written is totally based on my experience, If you think that I’ve written something wrong, Feel free to correct me in the comment section below.

It takes a lot of efforts to write a post, A subscribe will be good if you think it’s worth it. Press bell icon for more