Live details of Pm Modi speech today, Prime minister address nation on 12-05-2020 live in India through YouTube. He said many details regarding the ongoing epidemic in the whole world. He also said the many countries are appreciating India for having low cases compared to the current population of India. Read more below on Pm Modi live speech today

Prime minister of India also said that many Indian medicines are been prescribed for Covid-19 Patients. Comparing to the current population on India, India is doing good said, Pm Modi. India has en number of talented people all over India. Also, there will be a major improvement of Infrastructure in India. He also recalls an example of Kutch Earthquake which was a horrible scenario. Then to the people over there managed and made the Kutch District stand again.

Pm Modi addresses the nation with 5 key points progress to be improved.

Economy: Not only India, But There is a global recession all over the world due to Covid-19 Pandemic, All over the world, many startups are being closed due to no funding, Big Brands like Gold’s Gym are filing Bankruptcy and unemployment is costing the economy. Prime Minister said important steps will be taken to improve the current Economy of India.

Infrastructure: This 60 days pandemic was a major loss for all, But the Government of India also find a solution to complete the ongoing projects which were on slow progress due today to the daily life cycle. Various roads, bridges, railway tracks and many other things are been developed, maintained and improved. He also said that the incoming future, There will be a huge investment for the betterment of Infrastructure.

Technology: India is improving in the Technology segment also due to Make In India Project. Prime minister also said that he is willing to make India as of 21st Century world power.

Demography: He also addressed that the study of statistics such as births, deaths, income, or the incidence of disease, which illustrate the changing structure of human populations will be kept in a watch and make sure if anything like this comes in Future India will be ready for it.

Demand – Supply: Whether it may be Huq tablet or a mask the chain of Demand – Supply will be boosted in many sectors in the upcoming days. Prime minister also said that on a daily basis, 2 lakh Masks are being made for everyone.

He also briefed that even due to an ongoing pandemic, Many farmers labours and other officials got their payments on time through JAM – Jandhan, AADHAR, Money

The prime minister announced 20 lakh Crore package in the name of Atma Nirbhar Bharat also called as (Self Dependent India).

He said this package will be for everyone who is contributing towards India, such as genuine taxpayers, farmers, labours, Security who are working day and night to fight the ongoing Pandemic. The 20 lakh Crore

This packaged will increase the efficiency and will improve qualities of all things made in India.

The package will be properly examined By our current Finance Minister Nirmala Sitharam.

Full details on Atma Nirbhar Package worth of 20 lakh crores will be announced on 13th May 2020. 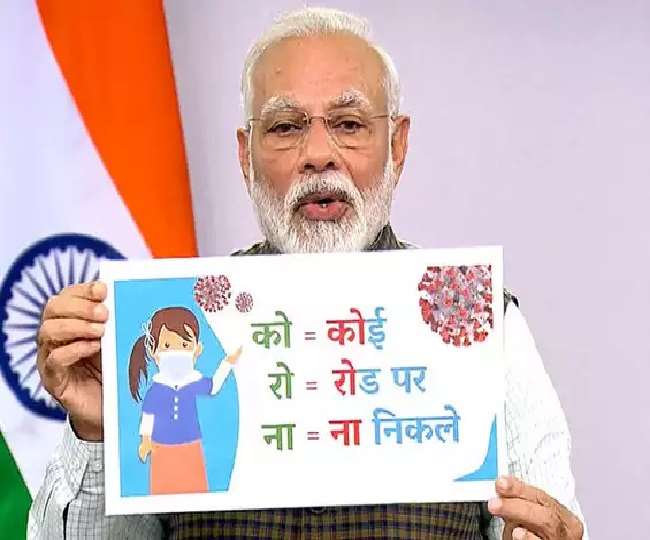 There are 3 things through which Indians can fight this pandemic – self-dependence, self-power, self-confidence. The prime minister briefed them as 3 major pillars which can make our India as of 21st Century Country. But to complete this mission, Every Indian contribution is necessary.

He clearly stated that- Social Distancing and wearing a mask will be continued even after the pandemic is controlled. Scientists all over the world said corona will stay for a long time, But this thing should not impact our goals.

As this lockdown 3 is going to end on the 18th of May, The lockdown 4 will be in a different and a strict way according to now. We could expect a complete lockdown for at least 15 days so that number of cases reduces. Not in all areas but definitely in Red zone cities.

The exact details on lockdown 4 will be given before 17th May 2020.

Missed the live video Check it below:

So these were the details in pm Modi today’s speech,

If you found anything wrong or missing let me know in the comment section below.

Images used in this article are for reference purpose, BlogsBarrel doesn’t claim any right to them.